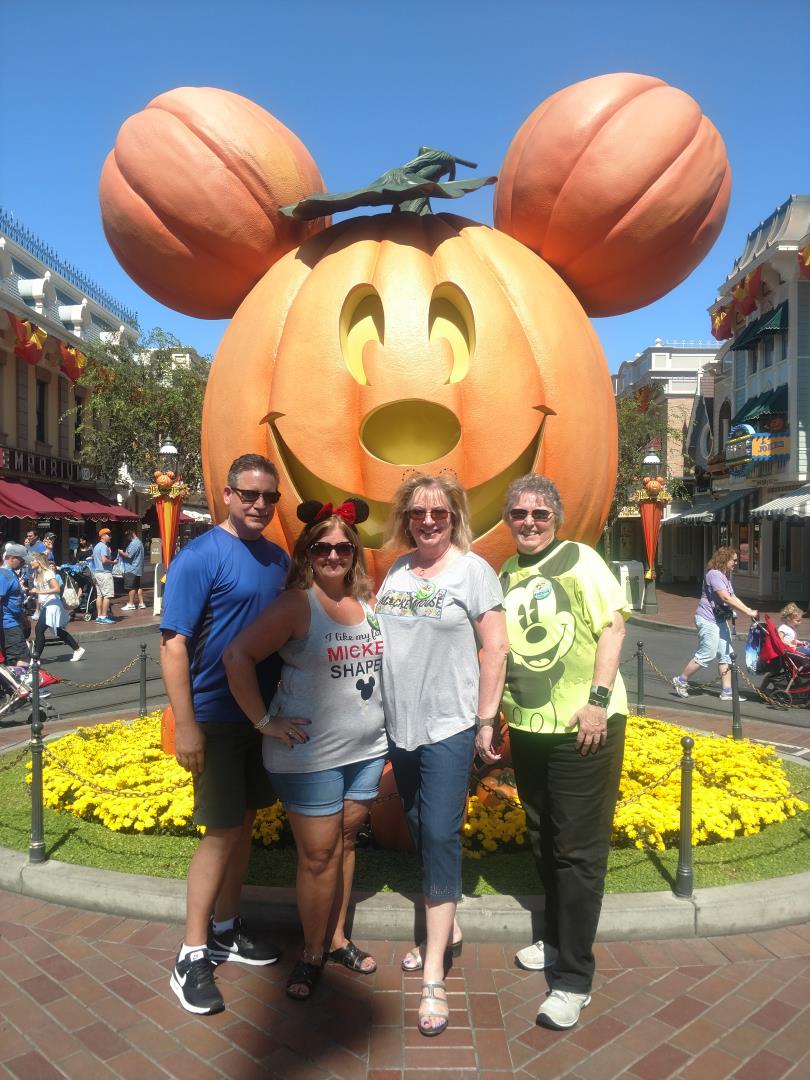 Once we were done with our 4 day cruise on the Coral Princess and arrived at the San Pedro pier, we went to Disneyland!! I had set up a shuttle van for 8 of us from the cruise terminal to the Grand California hotel & the company sent a gorgeous Sprinter Van.  It was a party van!!   We rode in comfort to the hotel & with LA traffic being what it is, the ride was about 40 minutes.  We pulled up to the hotel, got ourselves checked in and then started our day of FUN!

The 8 of us split up to some degree, 4 of us stayed together and started with breakfast at Storytellers Cafe.  It was a character dining experience with buffet dining, though you could order omelets that they made on the spot.  Everything was delicious and we were greeted by Chip, Dale, Pluto & Kenai.  We were also celebrating our friend Pat’s birthday, so we also toasted her with Mimosas! 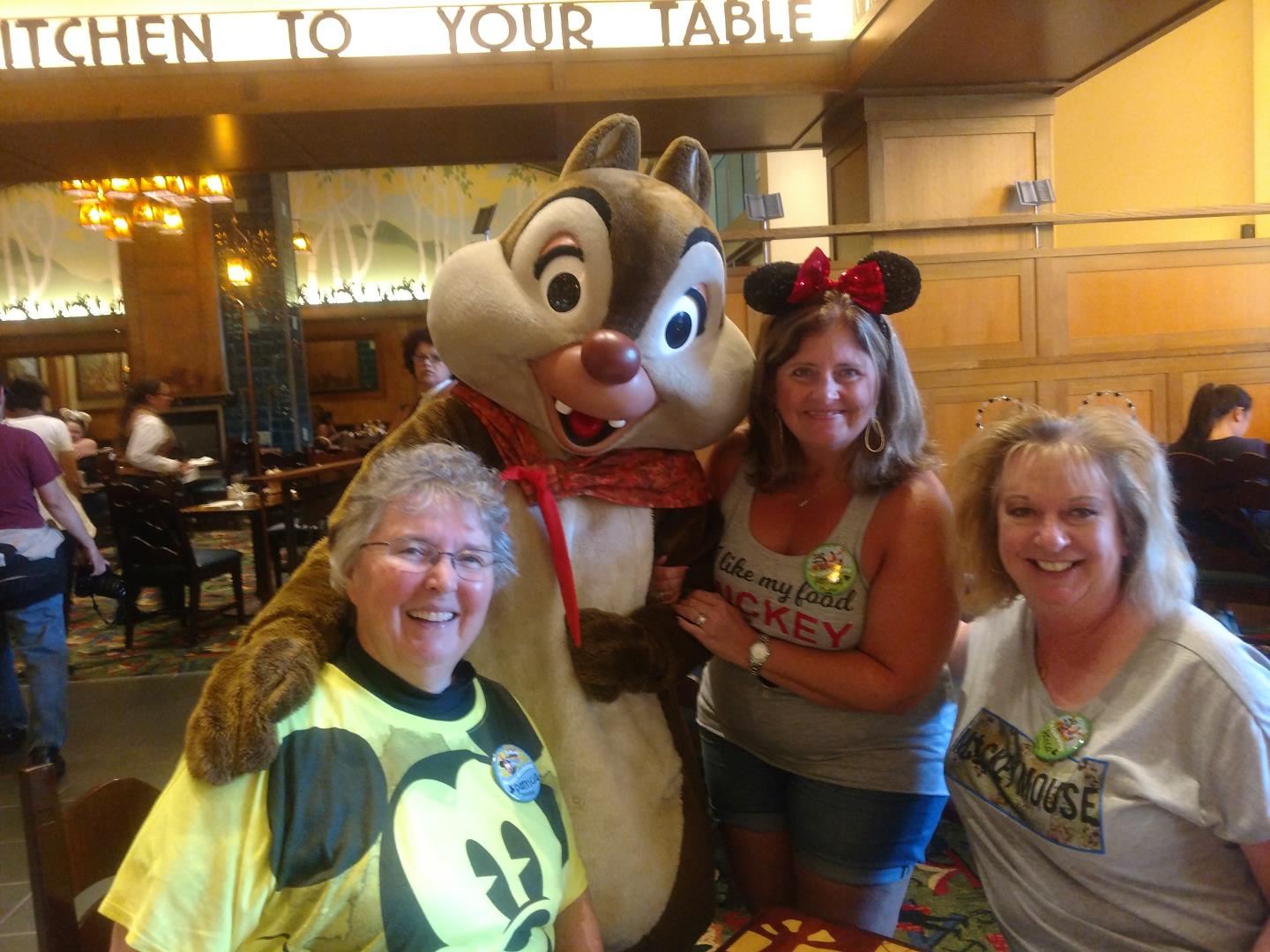 Once we were done, we were off to Disneyland for the day.  We were limited with our time because the park was closing early at 6pm and staying open only for those with the Mickey Halloween Party tickets.  Though we were a bit disappointed with that initially, by the end of the day we were happy that the day was ending and we had dinner reservations for the birthday girl at Naples Italian restaurant located in downtown Disney .  We had a wonderful dinner with amazing service.  Alan was our waiter and he will be remembered. He took great care of us, the food was delicious & we even ran into him later that evening when he was off work and came to the bar in the Grand for a nightcap drink.  We were doing the same.

This was a very relaxed trip, we enjoyed the parks leisurely, did not try to "do everything"- this was the first of two trips to Disneyland in 2017 that we had planned.  The weather was gorgeous, so Bill & I decided to enjoy a little more of the hotel, something we rarely get to do.  One afternoon after spending about 7 hours at the park with our early morning entrance, we came back to have lunch poolside! 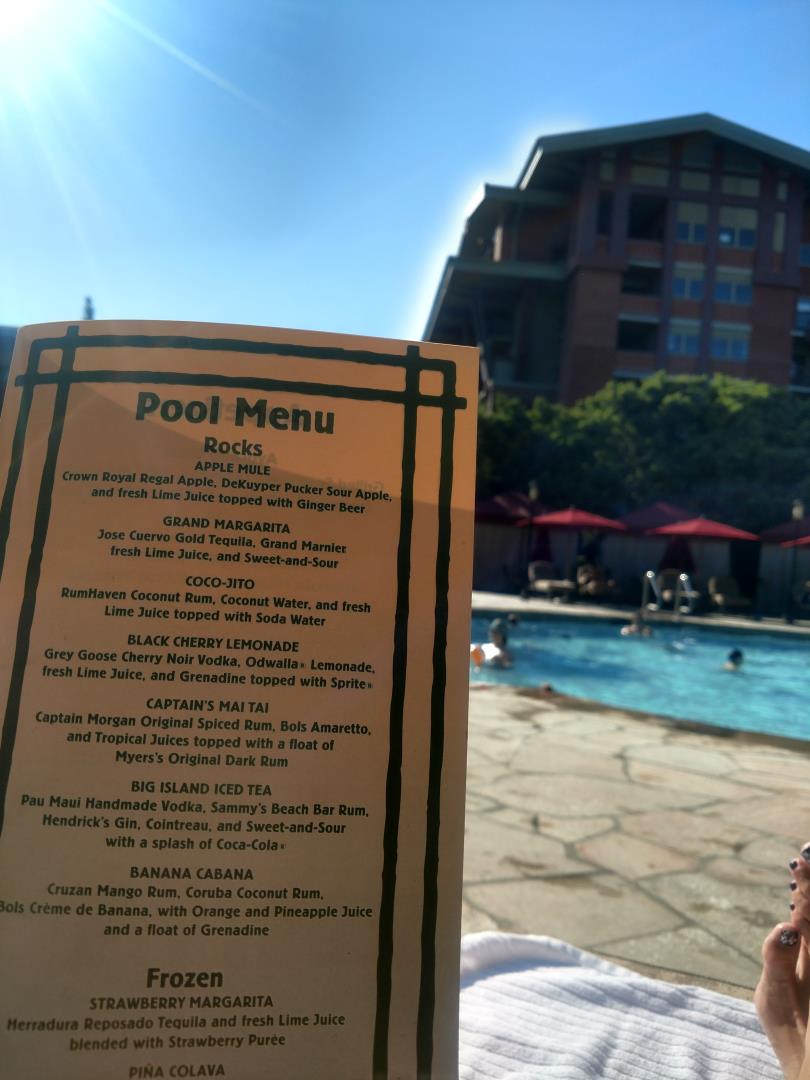 However, when we were in the parks we did check the schedule on the app to see when and where we could meet up with some characters for pictures.  Afterall, who doesn't love seeing Mickey & friends all in costume for Halloween?

We had a very comfortable stay at Disney's Grand Californian Hotel & Spa and as a guest of the hotel, you have access to a private balcony that overlooks California Adventure and can view the "World of Color" show from that balcony.  We had originally planned on joining our friends for dinner at the Trattoria that comes with special viewing area for World of Color; however, that was the same day that we had our late lunch poolside and we knew we just wouldn't be hungry early enough AND the idea of having to leave the beautiful, warm poolside weather to shower and get ready earlier was not appealing.  Also, laziness started to creep up on us after the early morning, busy park day and relaxing pooltime that we opted to view the show from the balcony and it was FANTASTIC!!  No crowds (not many people know about it), great view for the show and we didn't have to fight our way out of the park when it was all over!   In fact from that balcony, we could smell the most delicous steaks being cooked nearby, so we had to venture to Napa Rose for dinner afterwards.  Of course, we didn't have reservations and it's a popular 5 star restaurant at the Grand California hotel, but you can dine in the lounge/bar area, so we did and it was delicious.  Our friends joined us for a cocktail while we ate, everyone was happy! 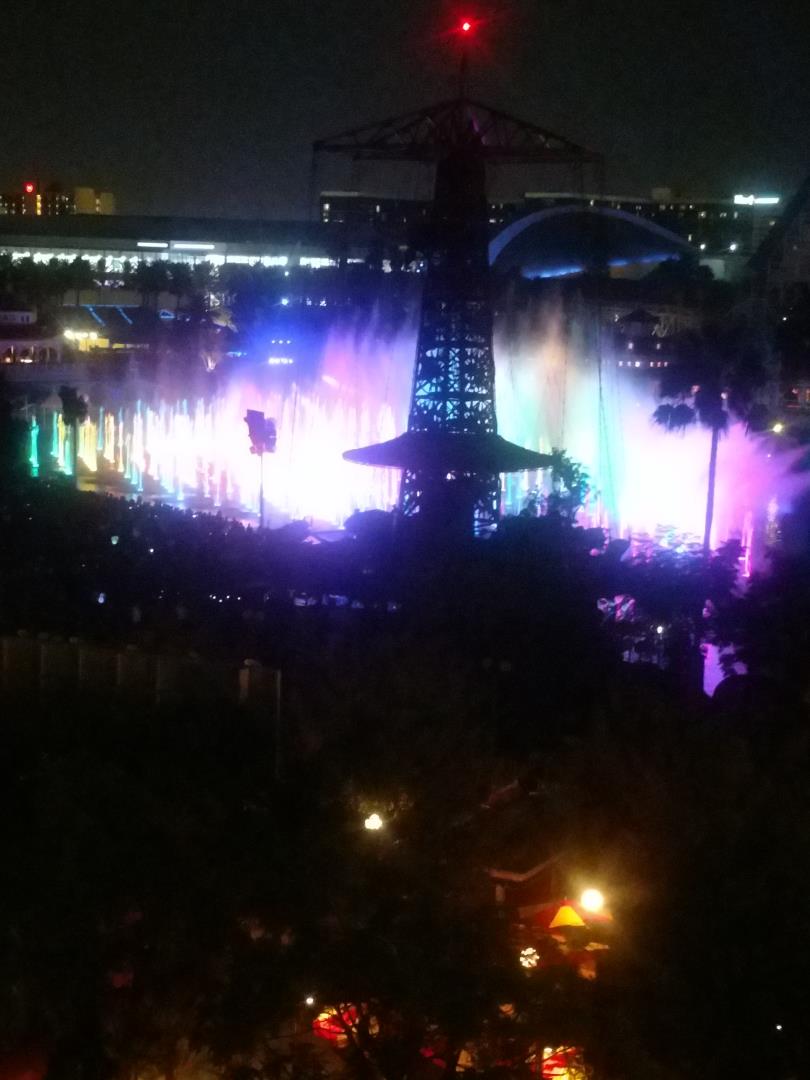 All in all it was a fantastic trip!   If you'd like to view more of my photos from this trip and of our room at Disney's Grand Californian Hotel, you can click here: 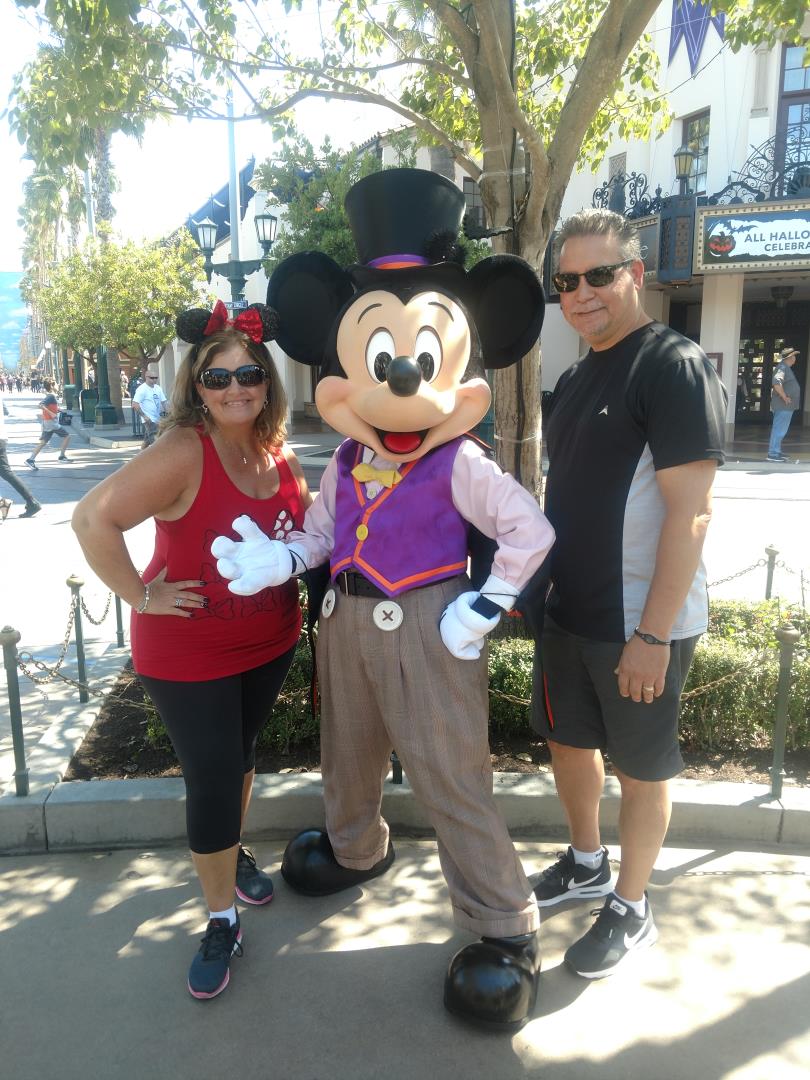 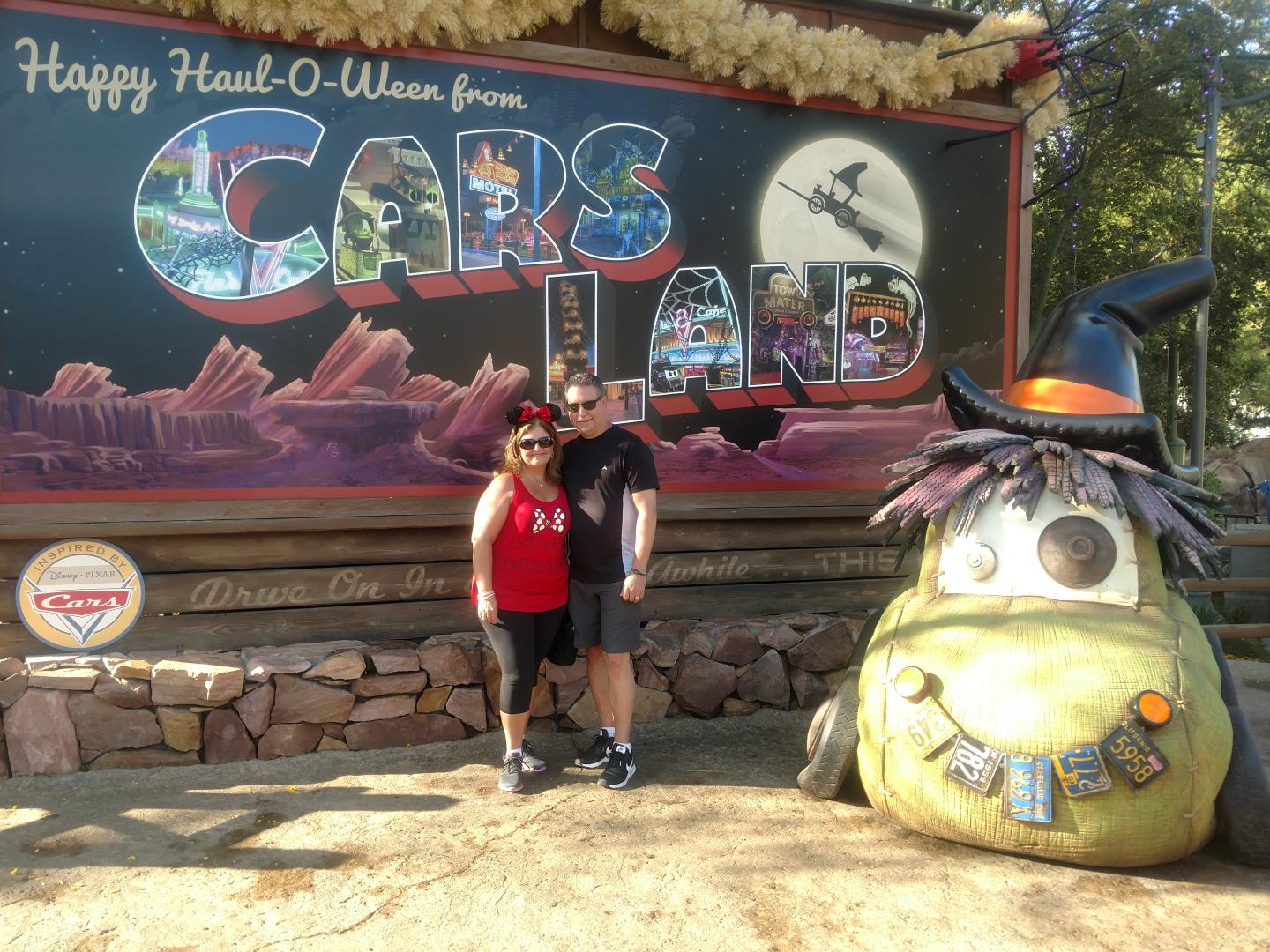 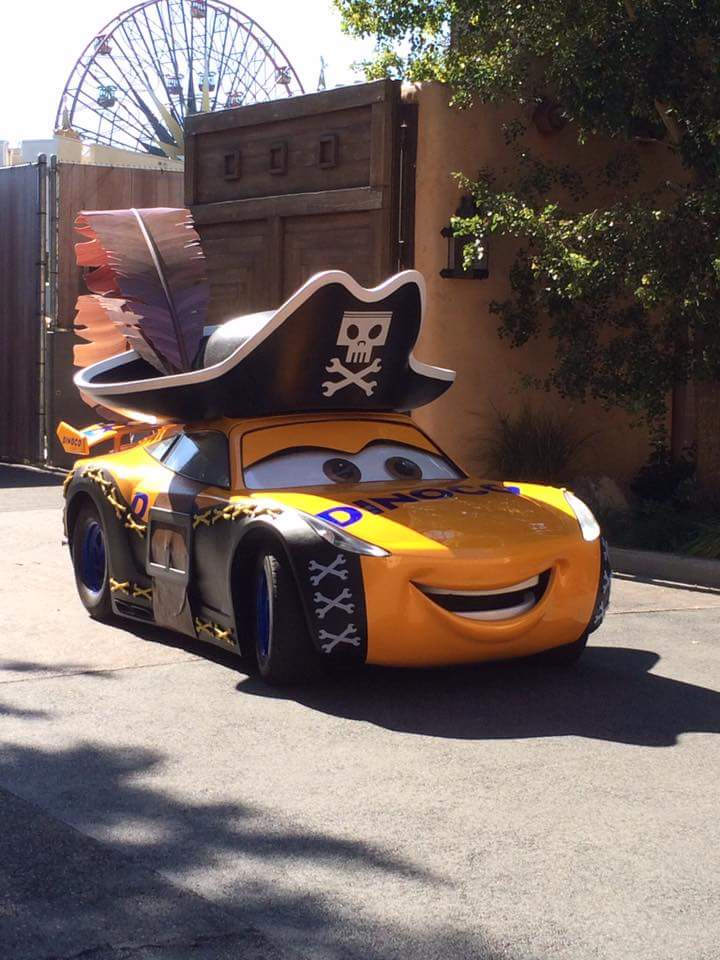